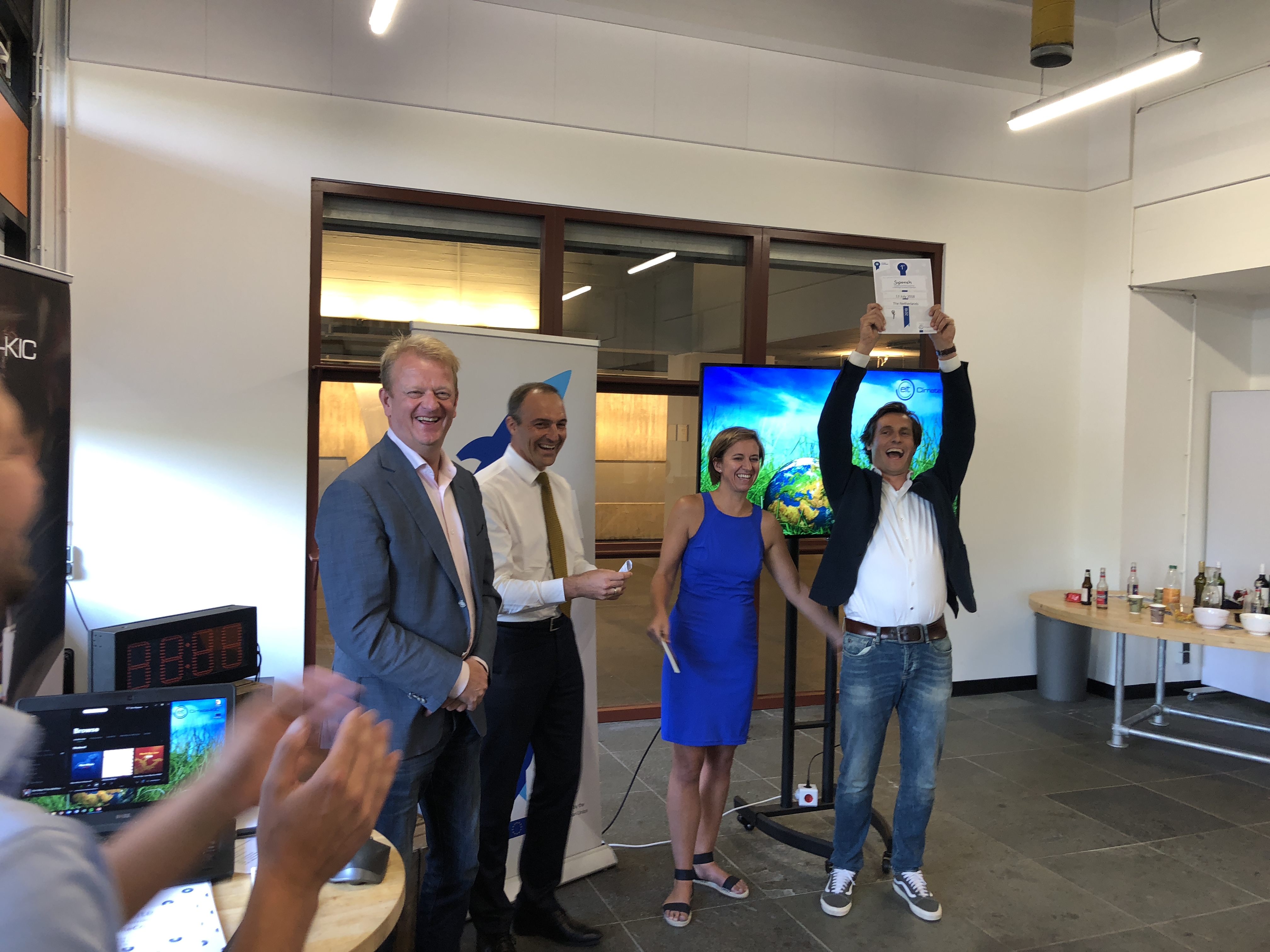 Out of 31 applicants, Sponsh was one of the 12 CleanTech startups that were selected to join the Climate Launchpad 2018 competition in the Benelux. We had a fantastic bootcamp in Belgium as preparation for the final pitch day.

On the big day on July 13th, Sponsh and seven other startups pitched together for the Climate Launchpad grand jury in Utrecht.

And… we won! Whoop whoop! 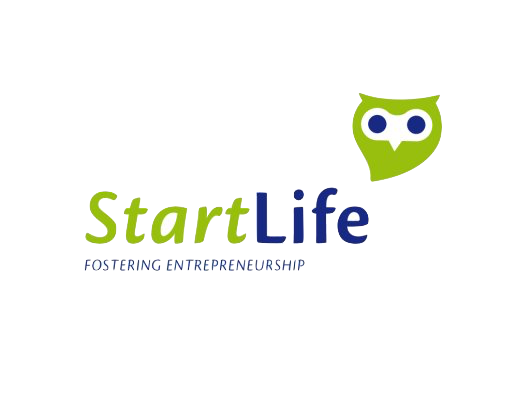 We’re in the StartLife incubator programme!

This Tuesday we successfully pitched our plans to the Review Board for Gate-1. They unanimously accepted us into the programme. This is the entry gate for the programme and provides us with intensive coaching, training, networking and seed-funding. The incubator programme is designed for agritech startups, so perfect match Sponsh. We’re now focusing on our customer validation. 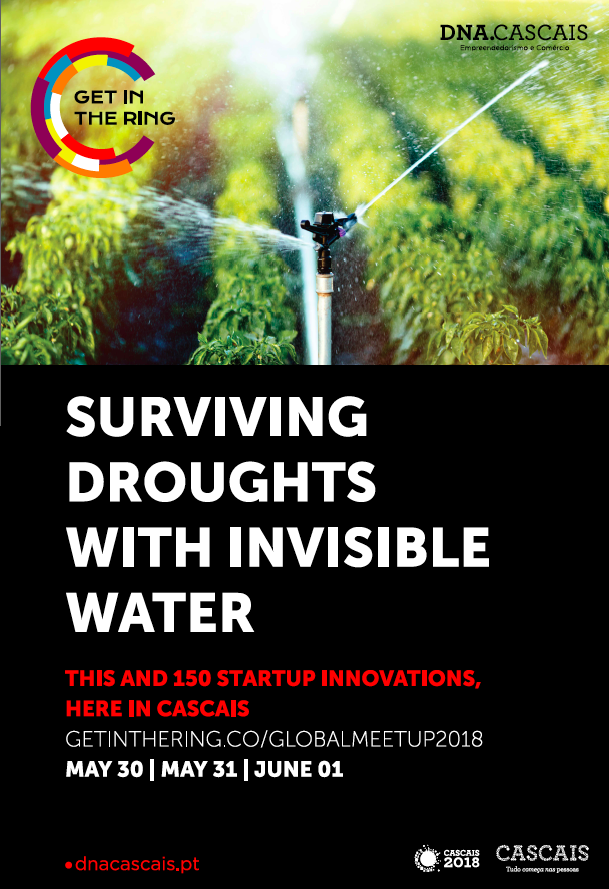 Portugal Finalist for Get in the Ring pitch contest 2018

Today we participated in the Cascais Get in the Ring pitch contest. We got super cool pitch training from pitch guru Hendrik Halbe, followed by the contest. While pitching in an actual box ring, we won the final match and made it to the Global Finals!

The municipality of Lisbon posted our concept all over town. 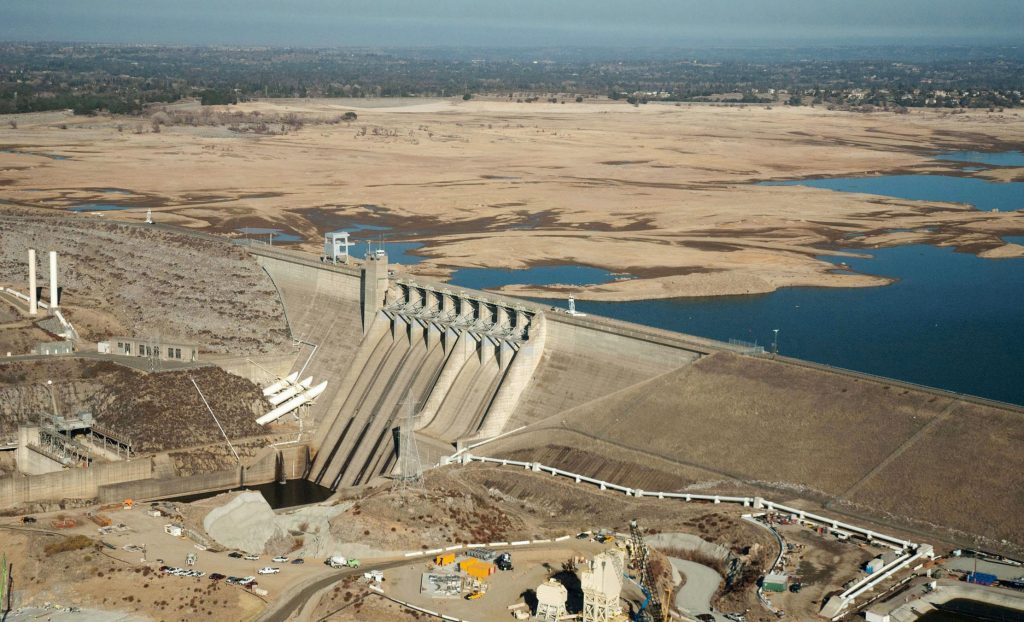 28 Million People in California are currently Affected by drought

The latest state numbers show that 76% of California’s population, which accounts to more than 28 million people, is currently affected by abnormal drought. California has been experiencing increased drought for many consecutive years.

Despite the heavy rain and snow fall of the past month, water supply is still not enough. 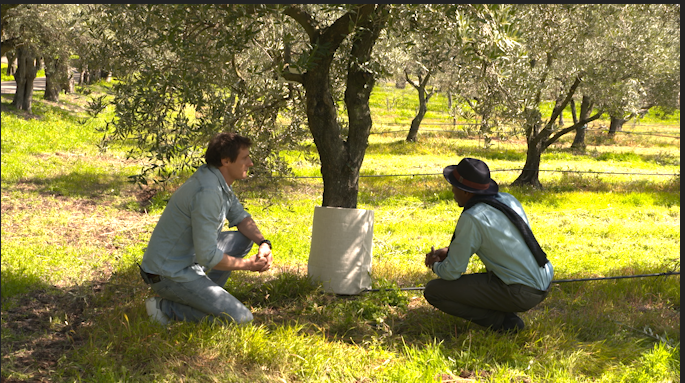 Portuguese National Television (RTP) filmed Sponsh at the Instituto Superior de Agronomia. Sponsh is one of the items on the RTP show Biosfera. This edition covers technological solutions inspired by nature to solve environmental issues. The show will be broadcast on National Television on April 28th 2018.

We made a mockup of VineSponsh and TreeSponsh on location. We explained the current drought issues in Portugal, and how Sponsh products will be able to help reduce this issues in coastal areas. 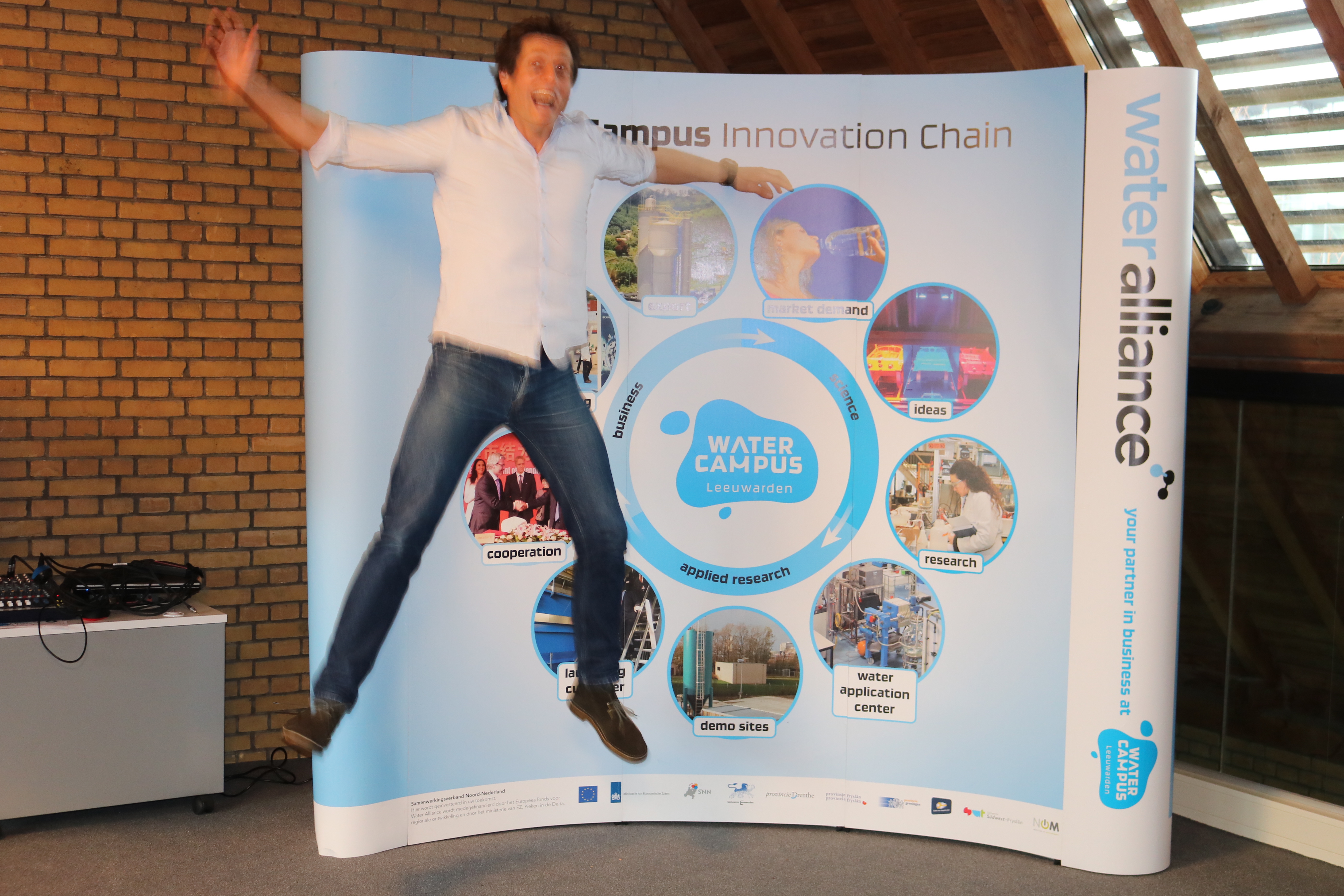 The past week Lourens represented the Sponsh team at the European Water Campus Business Challenge in Leeuwarden (The Netherlands). Leeuwarden is an important centre of excellence in water. Sponsh and ten other promising water-related startups immersed themselves into an intensive week of business planning, networking and pitching for dozens of CEOs and investors. And we had a lot of fun.

The Sponsh proposition was extremely well received, with significant follow-up from investors and new connections. 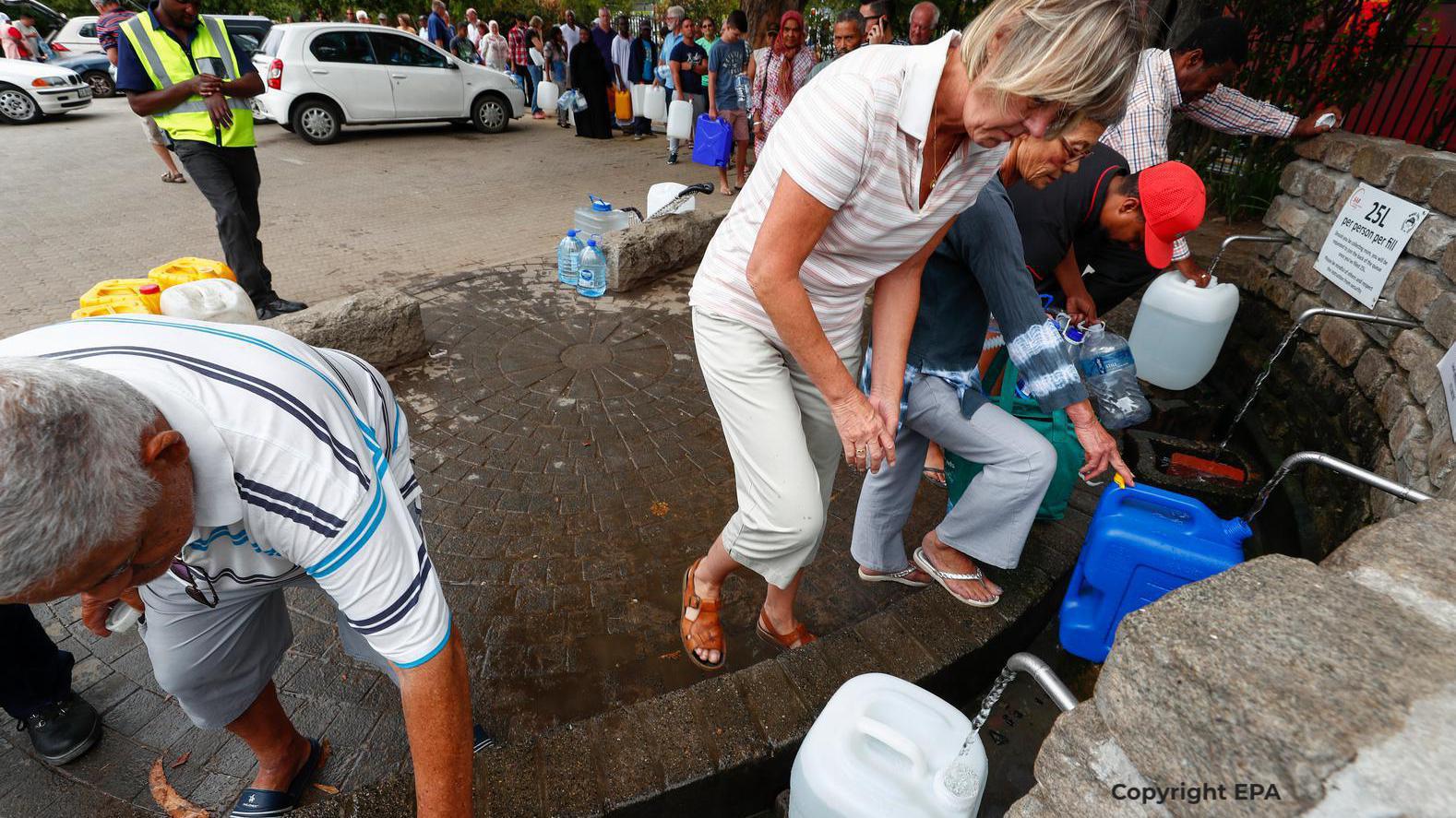 The droughts of the past 3 years have hit the Cape Town area significantly. Cape wineries are entitled to only 17% of their usual water consumption, Capetonians have been rationed to maximum 50 litres of water per day (equal to a 90 second shower) and “Day Zero” (no more water) is looming.

Now South Africa has declared the drought a national disaster. The government made the announcement after reassessing the “magnitude and severity” of the three-year drought.

It has badly affected three of the country’s nine provinces.

We at Sponsh hope that we will soon be able to alleviate South Africa somewhat of this increasing problem.

By admin | Uncategorized | No Comments

Welcome to WordPress. This is your first post. Edit or delete it, then start writing! 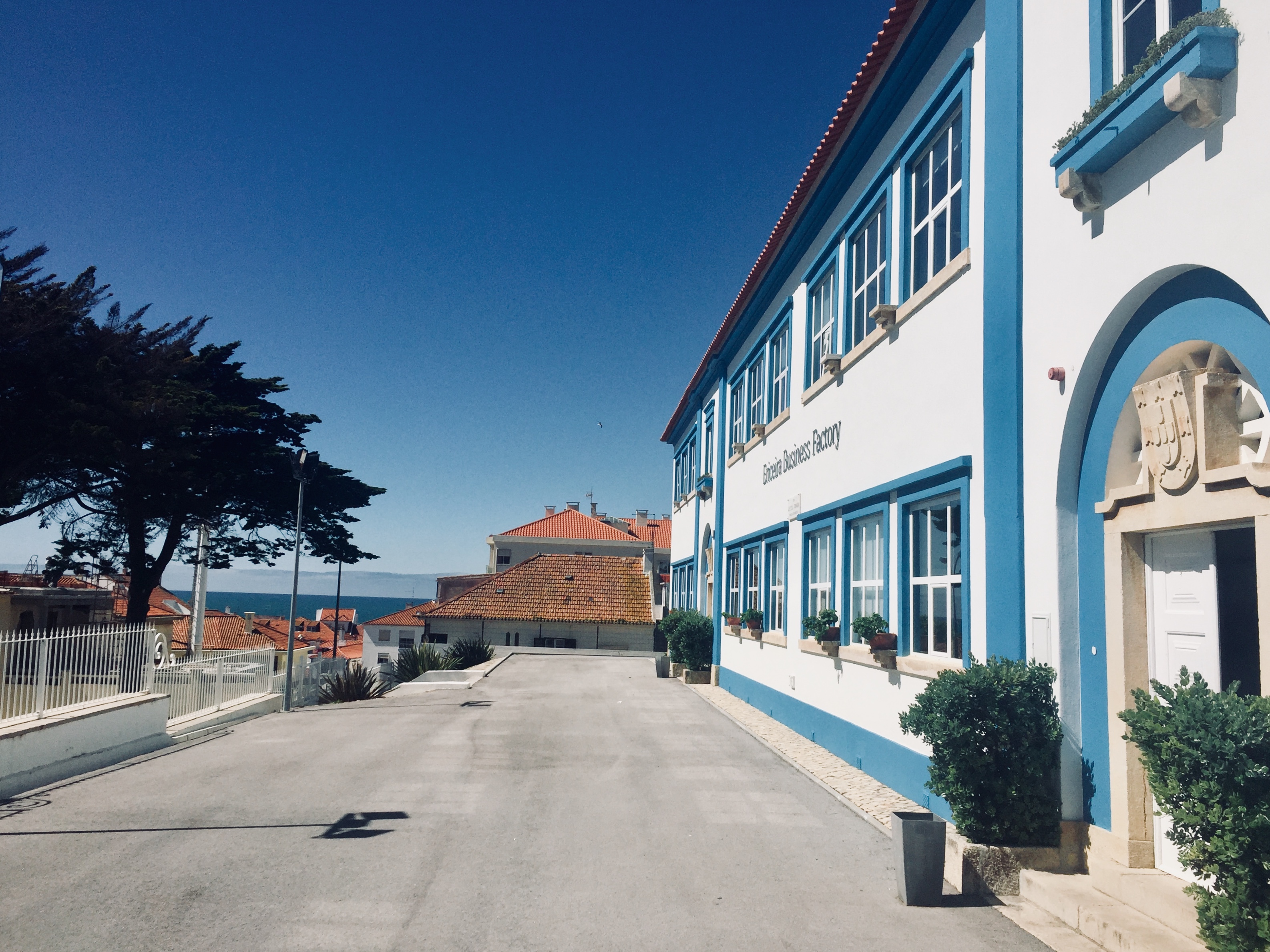 After several months testing the waters, today we took the deep dive and formally founded Sponsh! Our mission is to develop smart technical solutions inspired by nature, to produce affordable water for everyone.

The company is a Dutch limited company. In the near future we expect to set-up a subsidiary in Portugal, one of our key markets.